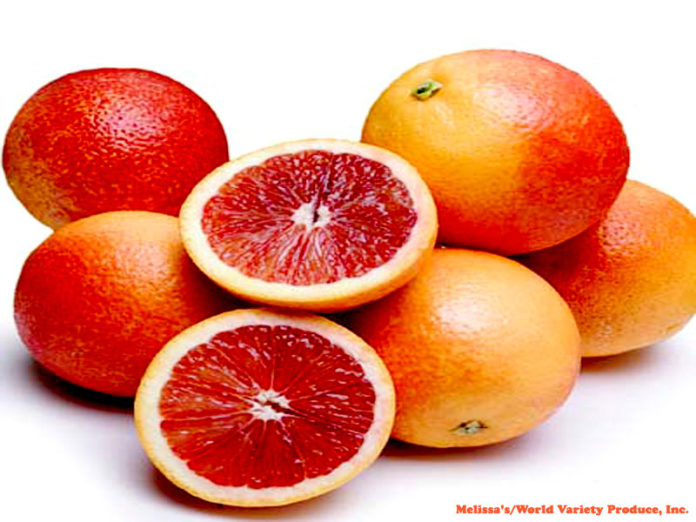 Does the name blood orange sound strange to you? To some people, it does. Because this type of orange is very impressed with its characteristic maroon color in the flesh, and an unique flavor like raspberry. It also contains a high amount of anthocyanin (higher than other oranges) – an antioxidant which could help us to reduce heart – attack risk, cancer risk, and aid in healing. This substance is also the cause of deep red color of this orange.

This type of orange fruit is a natural hybrid between pomelo and tangerine which has the original growing may be in either China or Mediterranean from 18th century, but now it’s mainly grown in Italy, it’s also cultivated in US, Europe and has harvest time from winter till April or May.

Blood orange may have a special color outside (some types have dark color rind) and inside, but it’s harder to peel than other oranges, and some kinds are even tart. Like the most orange fruit type, blood orange fruit could be used as fresh fruit, fresh juice, food (winter salad, vinaigrette-style dressing) or made marmalade, its zest can be used in baking.

There are three main common types of blood orange: Moro, Tarocco and Sanguinello.

Moro: may have originated in early 19th century around Lentini, Secily, Italia. It has deep red flesh and bright red rind and is the most colorful of the blood oranges. Its flavor and aroma is also stronger than other oranges. The Moro is sweet and raspberry-like a little, but it’s bitter than Tarocco and Sanguinello.

Tarocco: is mainly grown in Mount Edna, Sicily, Italy. In three above types, Tarocco could be the sweetest and most flavorful. It has the lighter red pulp and thin orange skin. This blood orange has the highest Vitamin C content of other orange varieties.

Sanguinello: is also grown in Sicily, Italy. It has reddish skin and a tender sweetness.

Besides, there are some other blood orange types which are less common like Maltese, Khanpur, Washington Sanguine, Ruby Blood… from different areas. There is also a type of orange fruit with red flesh but not from anthocyanin like blood oranges, but only because of pigmentation like Cara Cara or Vainiglia Sanguignos. These pigmented orange although have red color but it is not compared to the blood orange, a kind of fruit with special contents and nutrients to our health. 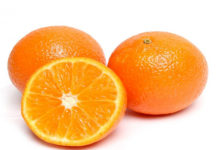 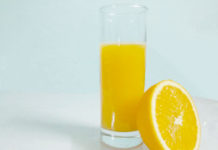 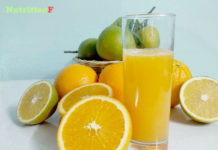