It is called rice as the super grains by the common using more than the definition is related to foods or nutrition. Rice is an important food source of humans. It is used as food by haft of the world population, especially in Asian. In top three of the agricultural products, rice plays the third place after sugarcane and maize. It is also one of the main commodities in the world trade.

Super grains as rice may cause the complicated thinking from many people because it is truly not the super grains in its nature. Rice is the normal food but it helps people who may survive. In this meaning, rice may be arranged in the list of super grains.

In many countries especially in Asian and African, rice is mostly cook by the cooker and used as the main food. Rice is also ground into flour to make many other dishes which are popular in Asian cuisine such as noodle, types of rice cake, milk, wine… In other countries, rice is also used to make soups, desserts…

So, the simple rice but it contains different roles in a part of human life in many places. It is the ingredients for living and contributes to the culinary also culture with certain aspects.

Rice is widely used in cooking and it is one of the important parts in world trading. Thus, when did rice appeared in human life and is there something special that make rice to become popular as one of the super grains in the world? Review some details are concerned to this grain as following:

Rice is type of cereal grain in the grass species which include Asian rice (Oryza sativa) and African rice (Oryza glaberrima). Although wild rice was believed to native to Australia, but the domestication may begin from another area. The Asian rice was first cultivated in Pearl River of China around 8,000-14,000 years ago while the African rice was believed to domesticate later then, around 2,000-3,500 years ago in Niger River region in West Africa (where now is known as Mali).

From East Asia, Asian rice was then spread to other regions of Asia, and later to Europe, Americas, Africa and other areas. For the African rice, they are mostly grown locally.

Rice could be grown as perennial or annual plants, but mostly annual. They could be grown in many types of land, but in fact, for the rice cultivation needs a lot of labors and a large area, they’re usually cultivated in countries which have high rainfall and low labor cost.

And some features of rice

Rice in different area could have different types from color to shape. The rice color could be from white, brown, red to black and the shape could be long, round, flat…Rice could be harvested manually (as smallholder agriculture) or mechanically, then they will be threshed, dried, and milled. After milling, the chaffs will be removed and leave the brown rice seed. The brown rice then will get through one more milling step to become the commercial product. This step will remove the bran and germ, and release the white rice. The rice then could be buffed or not, depend on the countries.

In common, the brown rice with the bran and germ remained, are more nutritional than the white rice, but the storage would not be long. Although people tend to use brown rice for their nutrients, the rice in the trade market is still mostly white rice.

Rice product in the trade market

It is truly that rice seems as in the role of super grains when it is very popular in the world market and used in many countries. However, there is only a group of countries that are the main rice exporters of the world. They are Thailand, Vietnam, Pakistan, China, India and the US. This group accounts about 83%-85% of the export rice amount of the world. Among those, Thailand, Vietnam, and India export the amount about 70% of the total export amount. China is one of the largest rice producers of the world but their rice products were used domestically than export. That’s why they are in the smaller group of rice exporter.

The rice consumption of the world is usually around 500 million tons per year. The areas that consume rice mostly Asia and Africa. 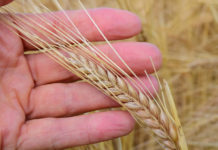