In culinary, our dishes are created from numbers of ingredients. Each one of them plays an important part in building the specific flavor to the dishes. Besides the main ingredients, the spices and herbs which are used to add to the dishes as a garnish or to increase their flavor are the ones that couldn’t be lack. And cilantro is one of those types which very familiar to our kitchen.

Cilantro or also known as coriander is classified scientifically as Coriandrum sativum, a member of Apiaceae family. This plant is considered as both spice and herb for its leaves could be used as herb and the fruit as spice.

Coriander plants are usually high up to 50 cm with smooth and soft stem. The leaves are mostly lobed with long stalk, 1-3 slender and feather leaflets. Their flowers are as small umbels with color from white to pink. The fruit is as globe shape which contains two seeds each and mostly used dried as spice.

Both cilantro’s leaves and fruits are aromatic and used popularly in culinary.

In cooking, the leaves are usually used fresh as herb to decorate or increase flavor either. We could meet this herb in thousand of stews, soups, salads and fast food…

The fruits (called as seeds) are used as both whole and powder in many dishes as curies, snacks, sausages, salad even in brewing beer. Especially, when crushed, cilantro’s fruits would have lemony flavor. However, the flavor could be lost quickly while storing, the fresh gridding could reduce this lost.

Beside is a very popular garnish vegetable to cuisines around the world, especially the Mediterranean, cilantro leaves, fruits and roots are also used in medicine. The fruits are also used to extract essence to use in producing perfume.

The exact origin of cilantro is undefined for its wild types grew in a wide area of Mediterranean and Middle East. The estimated time of this herb appearance could be about 5 millennia BC and it was cultivated by the ancient Egyptians at least at the Tutankhamen dynasty around the second millennium BC (there are evidences of this herb in the King tomb that were found). Coriander was also believed to be cultivated in Greece at the same millennium for the proofs found there. Through time, coriander was spread to other areas, especially to North America around 17th century and planted widely there.

Nowadays, cilantro had been known by different areas around the world and become a commercial plant of many countries such as Russia, India, Morocco, Holland China and other countries. 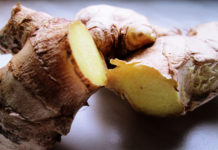