In the varieties of nuts and seeds from the market, walnut must be one of the most popular and nutritional nuts that is used. With high nutrition content, walnut is recommended to use for several grades of consumers.

Walnut trees could be high from 10-40m and are deciduous trees but their leaves grow late (could be from halfway of the spring). The trees could produce some chemicals which could be prevented other vegetation to grow around. Therefore, the small plants as flower or vegetable are not commonly cultivated close to these trees.

The walnut fruits are mostly rounded with a single seed. Walnut seed is actually kernel of a drupe rather than a real botanical nut. It is seed of fruit of genus Juglans in Juglandacea family. Like other stone fruit, walnut includes three layers: a fleshy layer outer surrounds a hard shell with a kernel inside the shell.

The seed could be formed to two or three segments, but the two segments formed are mostly common. The kernel is formed as a special shape with wrinkles. Those wrinkles together with the forming into two segments at two sides of the shell make this nut look like the brain.

A shelled walnut contains about 65% fat – which 72% of this is polyunsaturated fatty acid (14% from that ratio is alpha-linolenic acid or also known as omega 3 fatty acid and 58% of linoleic acid which known as omega 6 fatty acid), 13% of oleic acid (or known as omega 9 fatty acid), and 15% protein. An amount of 100g serving could also provide high level of energy (about 650 kcal), numbers of dietary minerals (especially manganese) and vitamin B.

The high level of omega fatty acid of walnut makes this seed to be compared with salmon. The fat also makes walnut to have a specific greasy taste.

In the healthy nuts list for you, with high level of nutrition content, walnut is recommended to use daily especially to children and whom in pregnant. For the fatty acids are believed to be helpful to the pregnancy.

Walnut could be used whole as pickled and served as savory or sweet. In that way, walnuts fruit were harvested and processed when they were still green.

In culinary, the nut shell or shelled, half or portion would be used as main or a part to make many other types of food such as candies, cakes, cookies, butters, salads, coffee…

Besides toasting, cooking or mixing walnut, this nut could also be eaten raw. However, this way of eating may be not suitable and comfortable for its taste and aroma is rather strong than the cooked nut.

For the high level of fatty acid, as well as to avoid the allergy risk, we should only eat few fruits or seed per day. It will help to reduce the allergy risk to whom is sensible,   to provide the nutrients to our bodies naturally and also help us to be familiar with the strong taste of this nut slowly. 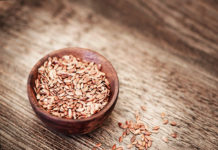 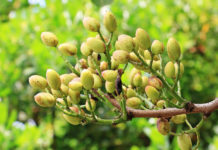 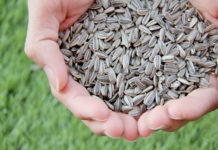