There are varieties of food in our culinary list and carrots are one of them. This food has a lovely color and shape and also high in nutritional level and is used widely in every kitchens around the world.

The wild carrots were believed to have origin from Persia with the exact time was unknown. However, the evidences of carrot seeds were found in Switzerland and Southern Germany around 2-3 millennia BC.

The wild carrots are mostly bitter and more woody-texture than the table carrots that we use as vegetable nowadays. Through many generations, bred selection and domestication, this food has been enlarged to become more palatable.

Although we know carrots as food but they were first planted for the leaves and seeds than the taproot. For the carrot leaves are aromatic and were used as herbs like their relative parsley, coriander, fennel, dill and cumin.

From the 1st century CE, carrot taproots became more popular and were used to cook and eat as food by the Romans. In the 8th century they were spread to Spain, then in the 10th century to other countries of Europe and India, West Asia and other areas.

Till now carrots in the vegetable list are one of the most popular types of food like potatoes and pumpkin that are used widely all over the world.

Carrot or Daucus carota is a member of Apiacea family. Its plants are cultivated from seeds in about 3 – 4 months. The carrot is actually the taproot of the plant. The taproot grows underground as long conical shape (usually from 10 – 25 cm or 4 – 10 inches length), while the thick stem emerges from the ground and holds leaves and seeds.

The outer of carrot is mostly a thin skin. For the inner, it includes two main parts: phloem – the succulent, pulpy cortex and xylem – the fiber-liked, softer core. Carrot which is considered high quality is a taproot with large cortex than core. Carrots’ color ranges from orange, red, yellow, white to purple but the most popular color is the orange.

Carrot which holds a significant amount of β-carotene (will be transformed to vitamin A after consuming) and a fresh and sweet taste is used widely in both cooking and juicing. Many popular types of juices with carrot could not only refresh us but also bring number of benefits to our health while the dishes with the joining of this taproot also enrich the culinary world. The sweet orange color of carrot is brightening the kitchens everywhere. 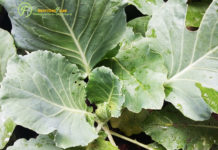 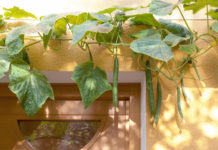 Cucumbers in the food world