Cucumbers are a type of fresh vegetable that popular around the world. If you loved salads, cucumber is an ingredient that couldn’t be missed. And if you loved to have a healthy skin, this vegetable is a very good tip for you.

Cucumber or Cucumis sativus is a member of Cucurbitaceae or also known as gourd family. It is believed to have origin from Asia but could grow well in many areas around the world. The exact time of cucumbers’ appearance was not clear but its cultivation was mentioned about few millennia BC in Asia or Middle East either. Until around three millennia later, cucumbers were spread to Europe and later then, to other countries of the world.

Nowadays, varieties of cucumber are marketed and it is one of the most popular vegetable that consumed worldwide.

Cucumbers are familiar with our kitchen as fresh vegetable but they actually a type of fruit. Their plants are creeping vine with large leaves and usually supported by the frame through the development process. Without support, the plants will sprawl on the ground and so do the fruits.

The cucumber fruits are usually in long cylindrical shape with smooth and thin or thick and rough skin. The most popular skin color is green or dark green, but other colors as white, yellow, even orange are also known. Besides, the shapes could be short, oval or round, not only cylindrical. The cucumber with huge size, as 60 cm large is also known.

The flesh of cucumber contains mostly water. It is slightly green, with or without seeds and edible wholly. When eaten raw, cucumber is fresh, succulent, crisp and has a slight sweet taste.

Cucumber are used widely in both culinary and healthy drinks.

In the market, there are three groups of cucumbers: slicing, pickling and burpless. The fruit will be planted follow these consumed purposes.

Slicing cucumber: the word “slicing” is used to mean that the fruit could be eaten fresh and raw right after harvested. The cucumbers for this purpose are usually in medium size and mostly harvested unripe, when they are still green. For the ripe fruits will turn yellow with more hard seeds as well as the flavor will turn bitter and sourer.

Pickling cucumber: the cucumbers for pickle purpose are usually from the selection breeds which are uniformly with denser flesh. The length of those cucumbers could be from 7-10 cm, and the width from 2.5 cm. Cucumbers will be soaked in brine or vinegar and brine to be increased flavor and prolonged the shelf-life.

Burpless cucumber: or also known as seedless cucumber. Burpless is usually cultivated in the greenhouses and mostly seedless. This cucumber is more special than other types. Its flavor is sweeter; the skin is thinner and also easier to digest. 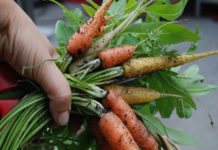 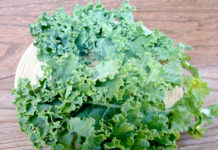