Beer in the alcohol beverage list is the most popular type and also the oldest one possibly.  It plays the third place among the drinks, only after water and tea.

Beer was believed to appear about 9-10 millennia BC at the ancient Iraq and Egypt. The appearance was possible by the first cultivation of cereal. Around the few millennia later in these areas it was even used to pay to the workers as wages. Especially when the Great Pyramids in Giza, Egypt had been building, 4-5 liters beer was paid to the labors as both nutritional and refreshed drink. This payment form was considered very important to the construction at that time.

Around 3 millennia BC, this alcohol drink was spread to Europe. It that was consumed there this time could include many other types of ingredients such as fruits, honey, plants, spices and herbs, not only the basic ingredients of it that produced.

An important ingredient that was added latterly to increase the flavor of beer is “hops”. This botanical ingredient was first mentioned around 9th century and became more popular then. Till the end of the 19th century, when it was produced industrially in large scale, hops were joined mostly in the manufacture of it around the world.

There were other important inventions also applied to producing it as the beer yeast by Louis Pasteur in 1857, and the continuous fermentation method in beer brewing by Morton William Coutts in 1953. The method of Morton W. Coutts is considered as evolution in it, and still used by many famous beer manufacturers in the world nowadays.

Until now, producing it has become a global industry which includes thousands of large and domestic manufacturers. These companies provide billions liters of beer to the market every year and receive billions dollars as revenues.

The main ingredients of beer are water (80-90%), malt, hops and yeast. Other ingredients as maize, rice or sugar are also added. In some areas, some types which are less popular are also used such as millet, sorghum and cassava root in Africa, potatoes in Brazil and agave in Mexico.

The quality of those parts would affect much to its quality and flavor especially the water and the starch source. Commonly, the water will be different from areas and also give specific character to it which is produced. The starch source is important too. In beer industry, barley malt is mostly used as the main starch source. Other grain could be used with the amount not over 50% of the starch. The hops create the bitter, zest or citrus flavor to the beer. The yeast will help to the fermented process of it.

The differences of ingredients and producing create varieties types of it and provide the great drink to the consumers all over the world. 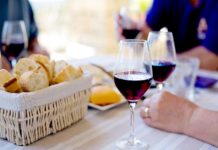 Wine – a taste of life 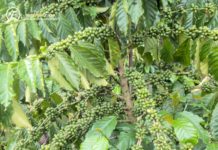 Coffee – beans but not 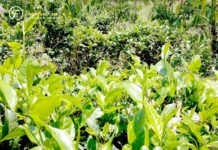 Tea – a drink tied with talking