Eggs are too familiar to our kitchen. We used chicken egg for breakfasts, for baking, for other meals, or many other areas. But how about duck egg, the type which nutrition content and usage is not less than chicken’s? Let take a look on this poultry egg.

Yes but there are some features differed from them. In the eggs world, duck egg is much like chicken egg as shaped and structure but larger and mostly white. Like bird eggs commonly, egg of duck also includes 4 layers: yolk, white, membrane and shell. The duck egg shell is harder than chicken and so its shelf life is longer than of chicken’s. Its size is also larger than chicken about 30-50%, and so is the yolk.

Duck egg is believed less clean than chicken egg, for the ducks are usually fed freely, and their eggs could not be gathered at the place like chicken. But possibly, besides the biological specification, the way of feeding ducks with varieties food sources in the nature could be lead to the rich nutrition of their eggs.

As mentioned above, the size of duck egg is larger than chicken egg about 30-50%. The yolk is also larger and so, the nutrition content is higher.

The nutrients contained in duck egg are much similar to other bird eggs especially chicken egg with vitamins (A, B, E, D), minerals (zinc, phosphorus, choline, potassium, calcium and iron…), fat, protein and other substances. However, the level of these nutrients is higher than in the egg of chicken (could be double or more for vitamins and protein and slightly higher for minerals).

One important point is that the level of cholesterol in duck egg is also higher compared to chicken egg.

Besides, the smell of duck egg is a little stronger than chicken egg and some people may not like it much.

Although duck egg is much popular in Asia than the west, but in cooking, this poultry egg could be used as well as the way we used chicken eggs. They could be boiled, soft-boiled, fried or scrambled to be a main dish or to be joined to make other foods and dishes as cakes, mayonnaise, cream…

In some countries as China or Vietnam, duck eggs are also used to make salted egg.

However, when using duck egg in cooking and consuming, we should account the amount. For the larger size and higher level of nutrition content than chicken egg, we should reduce the quantity of duck egg suitably. It will depend on your health and menu.

In culinary, chicken egg could cause the allergy to some people, but the duck egg would not so in some cases it could be used to replace to the chicken egg. Particularly for the allergies, just make sure that you have recommended your doctor before using (not only for duck egg but also for other foods that you are going to have the first time). 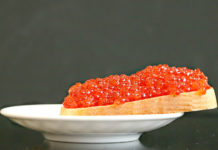 Chicken egg – Is there something we have not known yet? 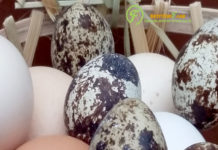 Egg and your health