White meat is called light meat also. It seems to be a familiar concept to all of us. It is concerned daily for each good eating plan. It is used widely in the menus in the families. However the questions related to white meat are still there for many people who love to know about it deeply to avoid the confusion.

It is believed that the element to decide a meat type which is white or red meat depends on the myoglobin level contained. All meats contained the myoglobin level is higher than 65%, they are arranged in to the red meat list. This is the standard given by the United State Department of Agriculture. However the topic about the white meat is not simple such as in this conclusion or standard. There are still the controversies, confusions and questions surrounding the classification of it.

All things have in them two sides. One side is in the advantage and the rest is in disadvantage faced with judgment and disagreement. And the white meat is in the same way. We are normal consumers who cannot wait for the perfect conclusions or the end of controversies. We may choose the good sides existed with explanation related to white meat for our health.  And the typical things for knowing that help us to use it better as below:

The basic concept here is simple base on the light color of them such as fish and poultry. It is perfectly clear and distinct from the basic red meat such as beef or lamb or venison which is in darker color.

However some types of fishes such as tuna and poultry such as duck and goose have red color in their meat if they are in the raw status. After cooking these meats are white but the tuna is still arranged in the white meat list while goose and duck are in the red meat because of different fat amount and myoglobin level contained.

Determining the level of white meat in its list means that the consideration of what type is better for health such as:

Poultry is white meat mostly but not for goose and duck. Chicken is white meat obviously but not all portions are in the equal. There are white and dark parts in the chicken such as the breast of chicken with the skin removed is better than the rest parts as legs and wings. The reason is the chicken breast is in lower myoglobin level and with fat percentage limited.

So if you use poultry, choose chicken for consumption regularly compared with choosing duck or goose. And for better chicken, choose the breast with removed skin.

You may see that there are some countries where the pork is considered the white meat while it is arranged in the red meat list in The U.S base on the higher myoglobin level than poultry. It is considered that the pork meat is in the line between red meat and white one. So in the case of using pork meat, it is better if you choose the part of pork meat that is not too fat or too lean to have the balance.

Beside the meat from young pig is considered to be better than from the adult pig. This is also the point that helps you to have the better choice for health. Furthermore using pork meat should be always under the controlling with the appropriate amount – this is the good way to balance the nutrition to the body. 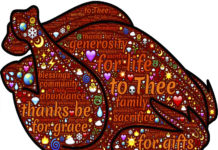 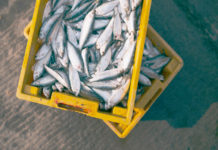 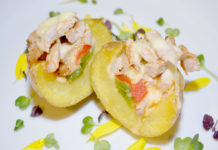