Oyster is a familiar type of seafood that popular with mustard attached. It is usually eaten raw with mustard and is considered as delicacy in many countries.

Oyster is a bivalve mollusk that lives in salt or brackish water. Actually, this is the common name of varieties types in Ostreoidea super-family which include not only the edible oyster, but the one that could harvest pearl, and also the one with shells that could be used to decorate.

The shell of oyster is usually larger much than its body and also high calcified with different shapes.

Oysters mostly stick themselves to the stone as a bed, or also called oyster reef. They feed by filtering the water with the volume to 5 liters water per hour and are considered as the efficient filter that could cleanse the water.

As food, they seem to be special compared with other types in the seafood types. They are known as fresh, delicious and nutritional seafood. They are popular eaten raw with mustard and was believed a natural recruitment food especially to the male.

Oysters were known to use as food from millennia BC. They were farmed in Japan around 2 millennia BC and in Romans time around the first century AD.

Through the spreading of oyster, some countries also created festivals of consuming this food, and it became popular more and more.

Till the early of 19th century, the production of oyster is very rich made its price became cheap, and it was mostly consumed by the working class.

In the end of this century in New York Harbor, there was an amount of six million of ton of oyster that could be found on the barges along the waterfront on any day. This rich source of oyster at that time provided job to number of workers and restaurants in the area.

It was considered that the over consumption cause of the oyster source to become exhausted. Therefore, in the latter years, the increasing of oyster production also involved their price. And from the food for the working class in some periods, it returned as an expensive food. However they have been still consumed widely around the world. They are also the great ingredient impressed the art in cooking that many people love to conquer. 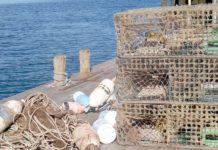 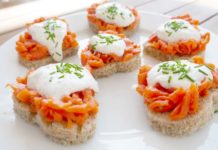 Salmon and your health 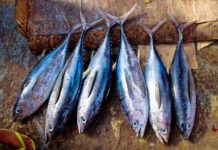 Tuna – gift from the ocean